The famous Swiss chocolate Toblerone is about to be produced in Bratislava.

Chocolate maker Mondelez is moving some of its production to Bratislava, where it is expected to start production by the end of next year. “From the end of 2023, we will increase limited production in Slovakia,” A spokesperson for Mondelez Livia Kolmitzová confirmed to Swiss broadcaster SRF on Thursday (June 23).

The Ikonická trojuholníková chocolate Toblerone started production in 1908, but since the early 1990s it has been exclusively produced in Bern’s only factory. According to the company, the reason for moving some production to Bratislava (where Mondelez owns the former Figaro chocolate factory) is due to strong growth and the need to increase capacity. 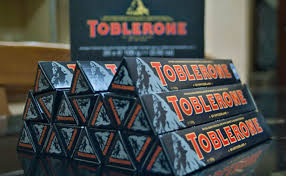 Earlier this week, Mondelez notified employees at the Bern plant that it planned to shut down Toblerone production in Bratislava.The problem is that by this step, Toblerone may lose its label “Swiss Milk Chocolate” (Schweizer Milchschokolade), as a label “Switzerland” It is protected by an affiliate agreement and can only be used on Swiss-made products.